Since we are going on vacation, I thought a good post would show the triangles (still not sewn together - My excuse: reading blogs and playing canasta online... I am a naughty girl!) will show my peeps some of the memories incorporated in this endeavor. Remember to click on the picture if you want to see it larger.
First up: some multicolored print from the butterfly applique on Em's shirt.... do you remember it? 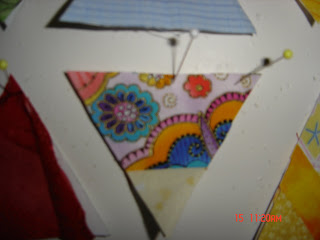 Next  the turtle print from a blouse I made for my daughter when she was about 3.  (I can hear the grandkids wondering why it hasn't fallen into ruin by now...They think she's old.  Wait til they see me!) Do you remember it Chrissy? You wore it with a green jumper that was just about the same color as the fabric sewn to the bottom of this triangle. 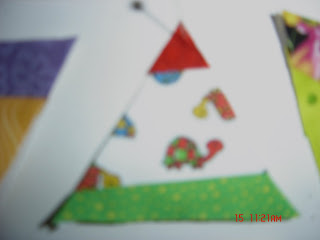 And the kitty print is another Chrissy blouse! There was also a small mouse with his buddy, the cat, but there wasn't fabric enough to get the mouse into this piece. 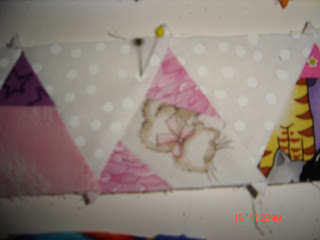 Portrait #4 is the multicolored butterfly wing fabric used to make tops for Ashy and Alyssa when they were the only grandgirls.  Ancient history! 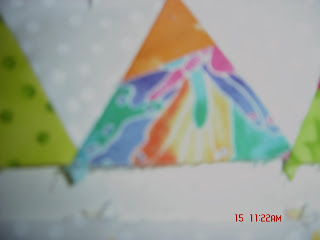 Then some green from Chrissy's second quilt. I know I used this a few times to represent trees in WA. 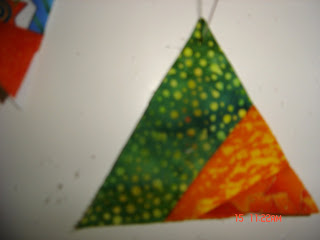 The next picture shows some fabric from Chrissy's wedding quilt... the tip of the triangle. I even remember buying this fabric from a little 49er town in the foothills... one  of my favorite haunts,  Columbia, the Gem of the Southern Mines.  It's a living museum where the old stage coach goes through town, and gives rides to paying tourists. The tree lined, cobblestone street is banned to auto traffic. There are old restaurants, hotels and stores. The some of the goods are modern, some are antiques for show only. It's at the Dry Goods Store that I got  this fabric. 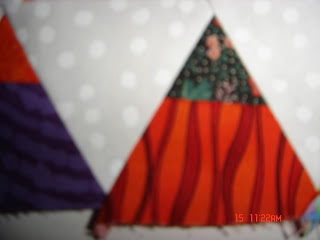 These next two are showing animal prints (quite stylized) that were made into tops for the two first grandgirls, too. 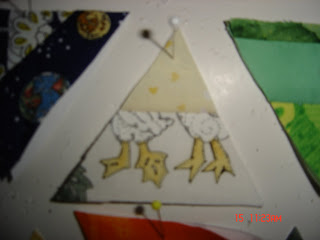 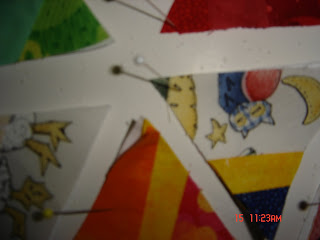 The two "tries" in this picture are from Ben's baby quilt, and T-shirt applique.  It's a different car, but from the same fabric. 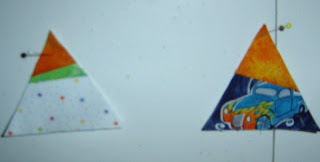 Another from the kitty blouse. 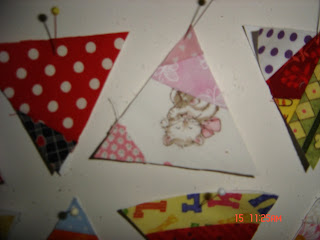 The red at the top is probably from Rachael's quilt.  So is the second to last picture. 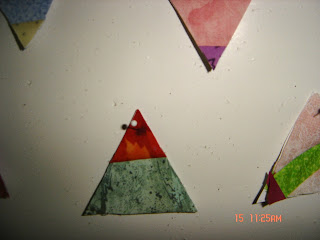 My sister sent me some of this purple butterfly fabric, and I went out and bought more of it to make a skirt and top for my DIL's birthday. 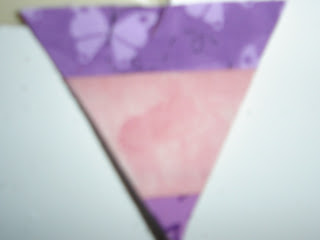 The middle top is the backing fabric from Chrissy's wedding quilt.  I wanted it to be somewhat masculine, so my SIL would actually use it, too.  He isn't into pink. 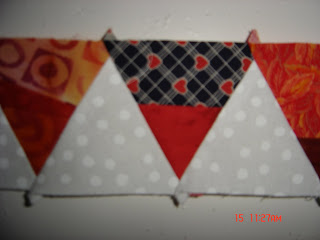 The color crayons are probably on Ben's "I Spy" quilt. 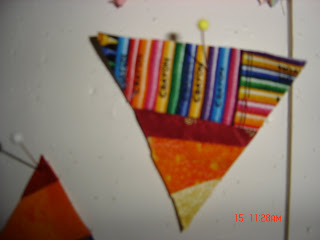 The bottom half with the "world" on it is the backing to my SIL's quilt, I think... getting old and CRS. I do remember that he is my favorite SIL - I have my reasons... Of course,  he is my only SIL, as well. (His MIL is a bit perverse...) 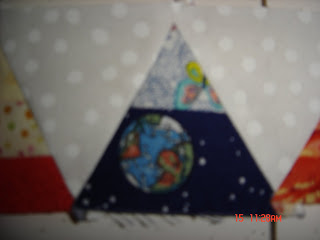 And more red from Red Rachael's quilt.  We do love our  reds, huh. 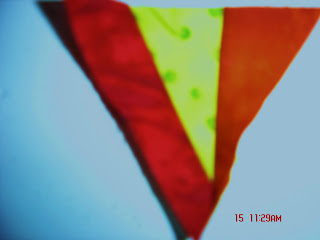 The blue with hearts is from a little top for Chrissy that had ties at the shoulders, and a red gathered bottom. It was so cute.  Living in Superior, WI at the time, she had to wear a shirt under it.  Summer there was cold. That's why we moved to Sunny CA 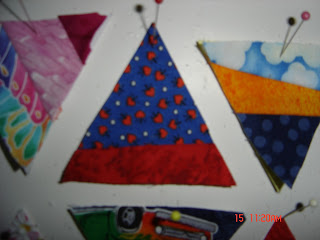 So we will be gone for a week to WA.  Hope to have wonderful pictures to show you all.
Hugs,
Terri
Posted by Terri at 2:37 PM 2 comments