Here are some pictures from the Ren Fair.  Twenty some years ago we went to this Fair and it was in a wide open place, lots of tents and not much ambiance. Now it's wooded, lots of shady spots and sunshine (on that day) and the vendors and shows come with a building. Lots of ambiance. 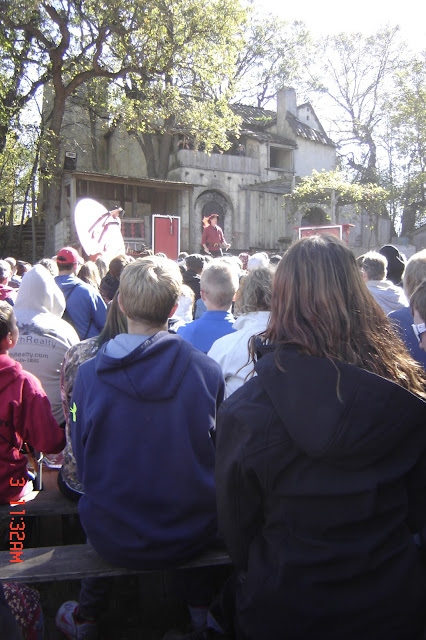 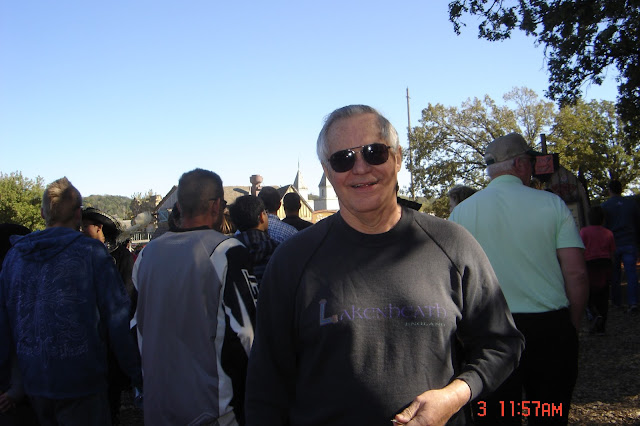 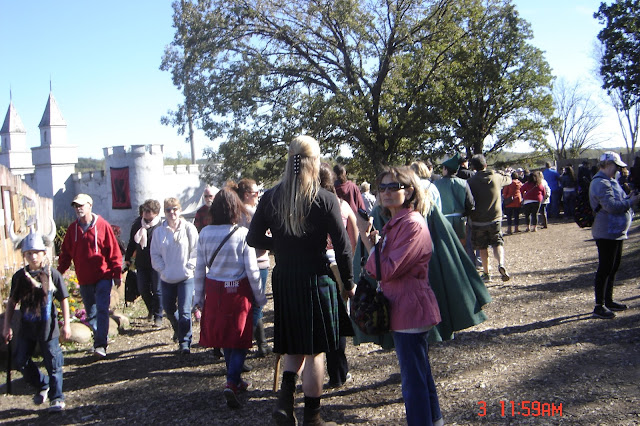 It was supposed to be some kind of Octoberfest - beer flowing. I didn't see much evidence of that. I did see a bunch of visitors dressed in kilts and long dresses... not necessarily period clothing. (I did take a class in the history of fashion years ago. Your prom dress from 2009 does not qualify as period clothing for the Renaissance just because it is long.) 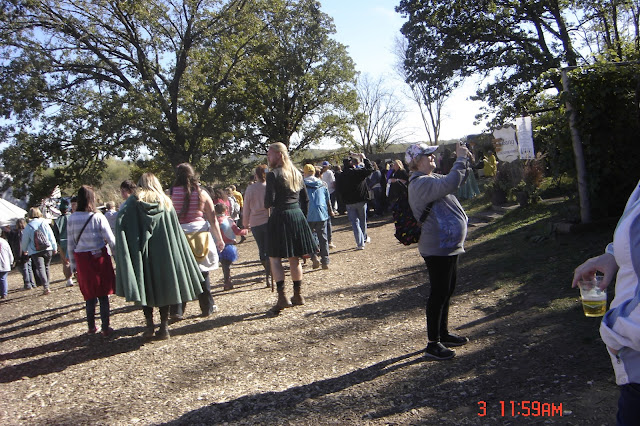 I'm reading the Outlander series, so the kilts caught my eye. Authentically, a kilt is worn without benefit of underclothes... hubba hubba. We saw a guy doing a handstand in a kiilt, but he was wearing britches.. There were all kinds of buildings. 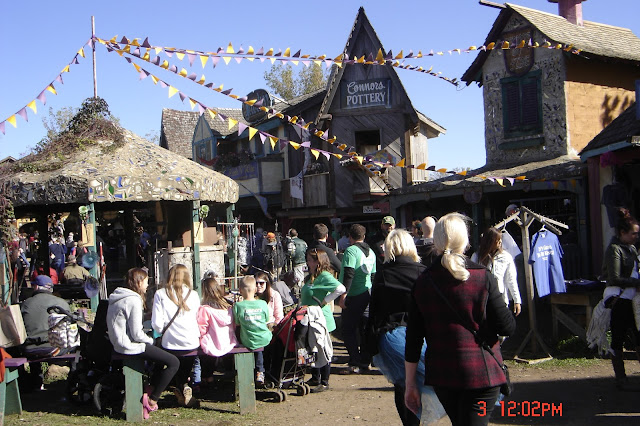 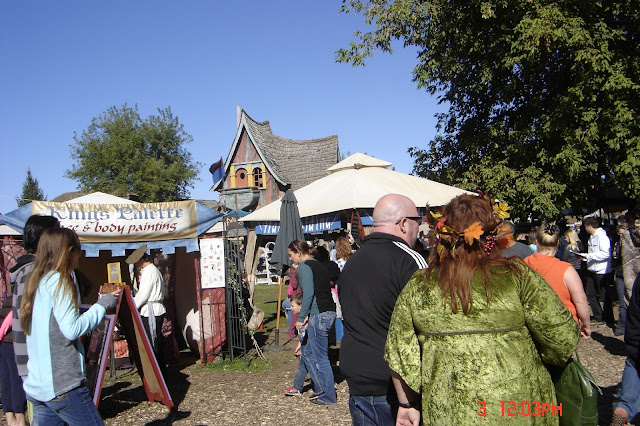 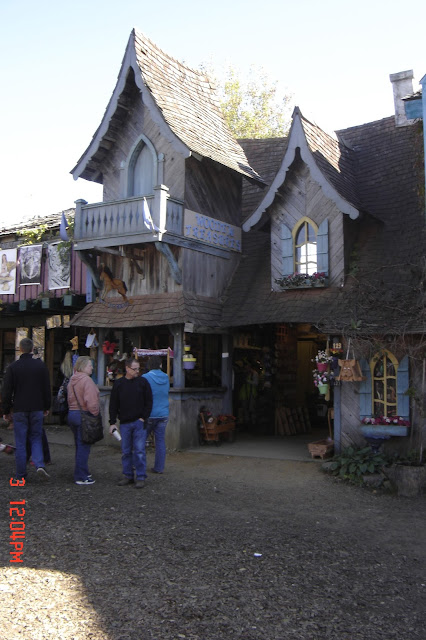 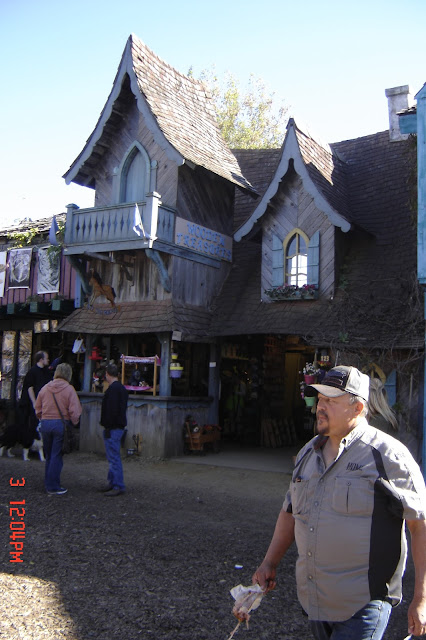 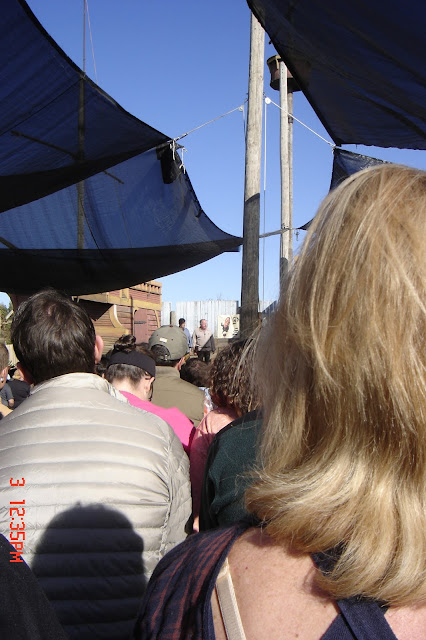 This is a picture of Puke and Snot - comedians (waaaaay up front of these people).. Their show is subtitled "40 Years in Tights". 20 years ago we saw them and it seemed they were lots more energetic. (Lots of the jokes were not period, and a good thing, too. The crowd wouldn't have understood  historical hysteria.) 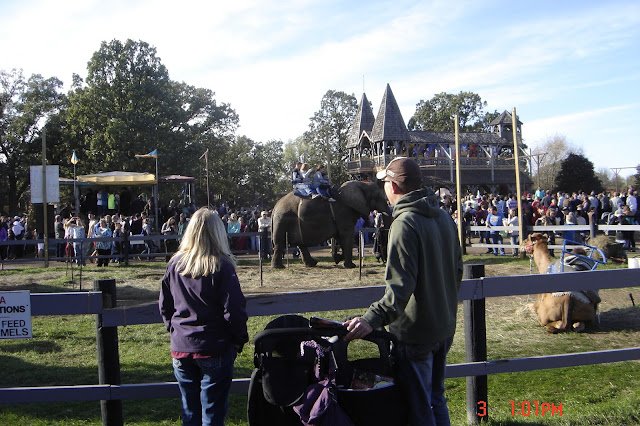 There are elephant, camel and llama rides. There was a petting zoo and jousting, too, but I didn't get pictures. Gotta save some of that for next year. 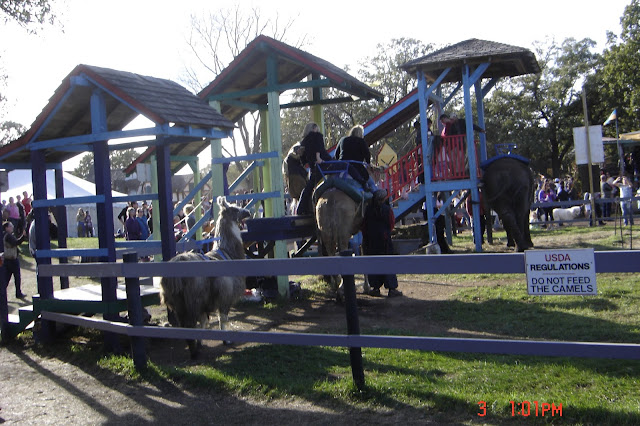 So there you have it - a pass into the past. We did enjoy ourselves and do recommend it for next time you are in the Twin Cities of St. Paul and Minneapolis Minnesota late in August to early Oct. There are lots of these living history fairs around the country. We've been many times to the ones in California and there's one in Southern Wisconsin we like, as well.
Now back to making some wonky stars for QoV through Alycia Quilts. (My first one was so wonky I can't even show it to you. Gotta try again.) See the side panel for a link to her blog for more information.
Thanks for stopping in.
Hugs 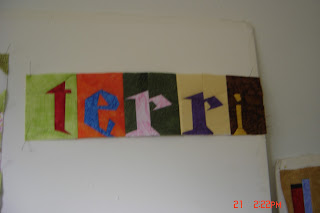