A Bunch of Different Things... 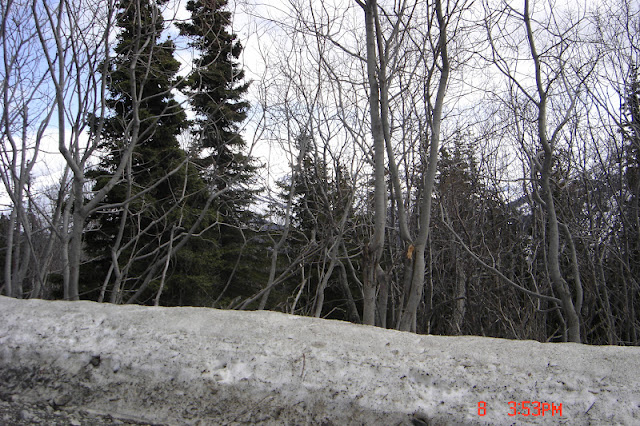 Yes, that is dirty snow still on the ground on May 15, but this particular picture is along a road in the mountains around the city of Anchorage... so it's okay.  (Said mountains below. Aren't they beautiful?) 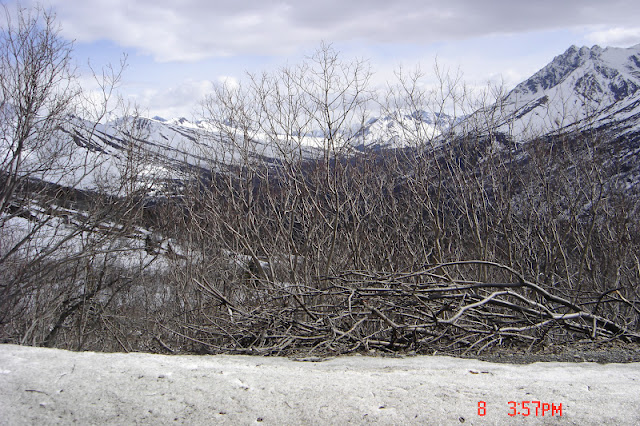 We looked and looked for a moose in the wild...  finally went to a zoo to see some. While at the zoo... 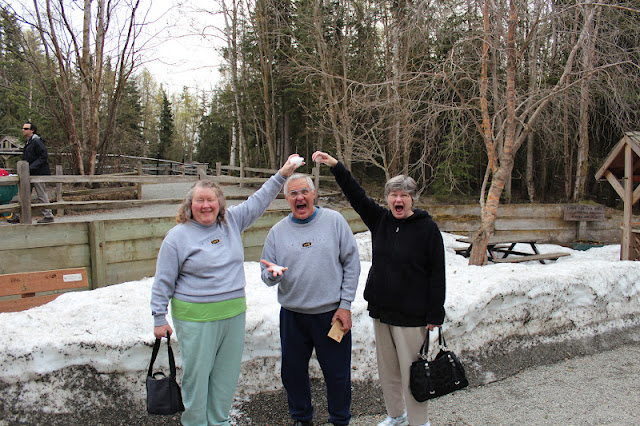 we naughty grannies held snowballs over that poor gramps! 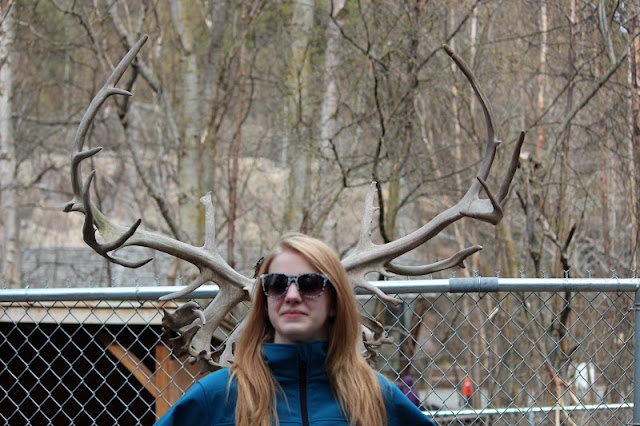 Such a pretty girl... too bad she has those awful horns growing out of her head! 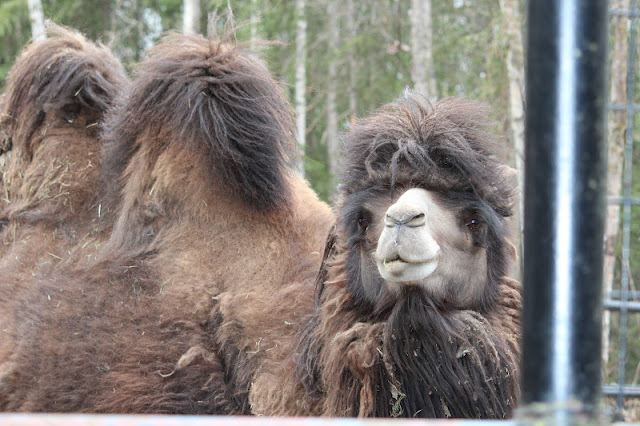 This Bactrian camel came down a hill and posed once the cameras were out. He turned this way, and that.- doesn't he look the dandy... 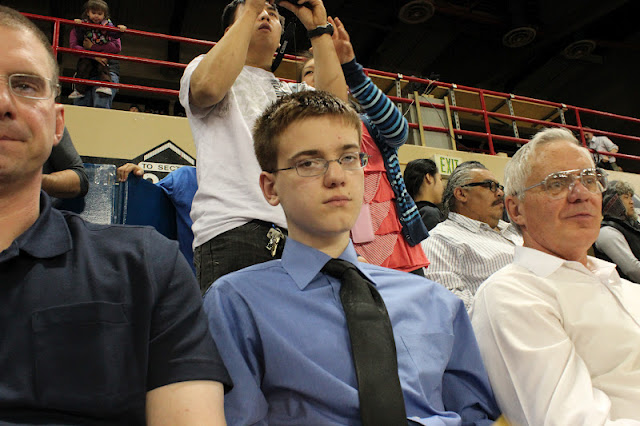 This is the very portrait of a bored teenager. Christopher looks like he's locked in between his Gramps on the right and his Dad on the left... Sorry C, this is where your DNA comes from, you will just have to make the best of it. 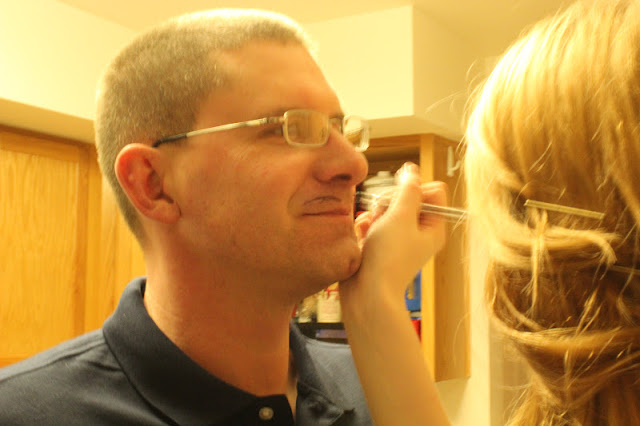 Later Alyssa drew a moustache on her Dad... 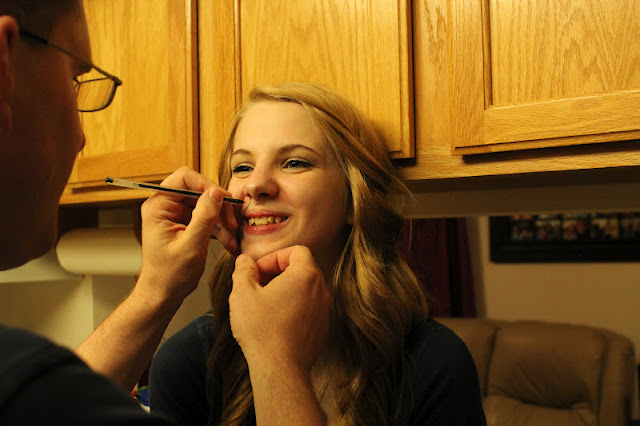 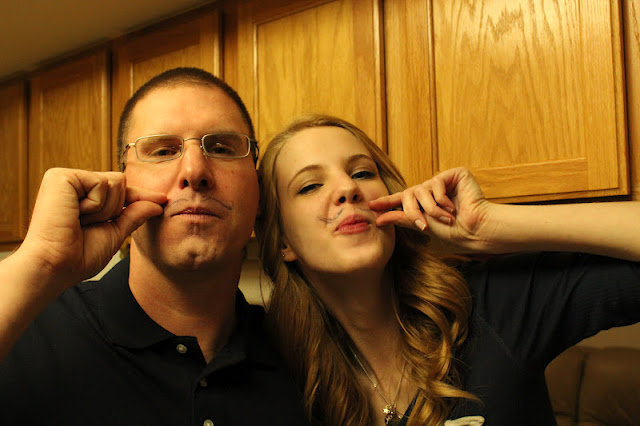 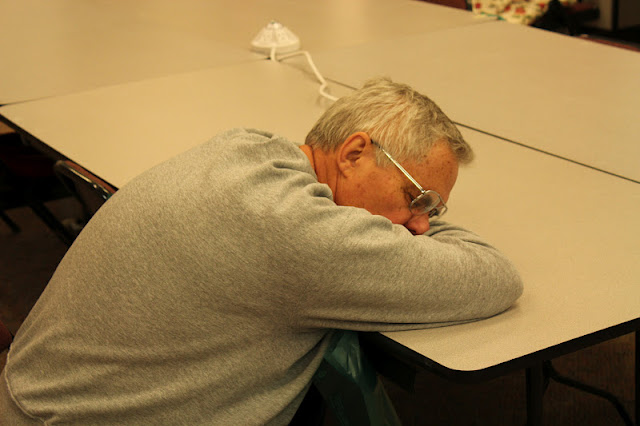 You know we went to a couple of quilt stores! Here's what the Gramps did there.

Back home again in California... 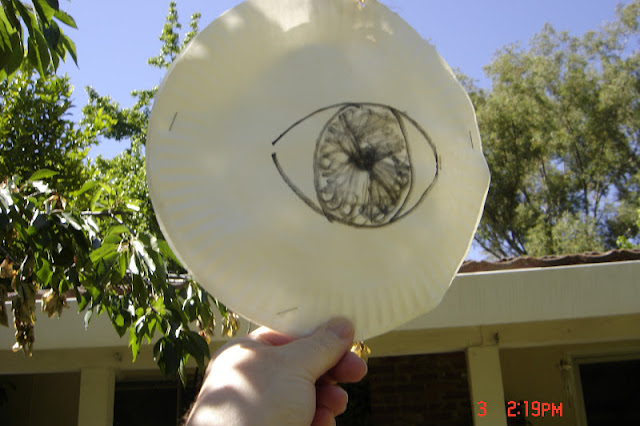 a phone repair guy had to come out. (Our phones all had bad static. Once fixed our computer (which is on DSL) worked faster. Guess there was a cracked wire.) While he was here he taught us to put an EVIL EYE into our cherry tree. It floats around in the wind, and has kept the birds and squirrel out of the tree. Good to know! Now that the cherries are done, I'm going to put the eyes into the apricots. See if I get some fruit this year. Last year the squirrel ate all of those. 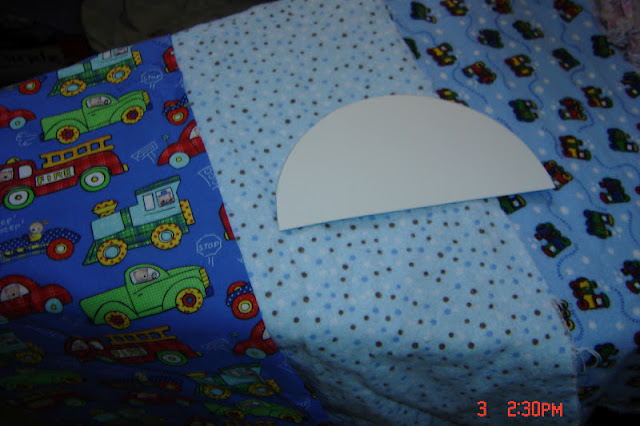 Beginnings of Pee Pee Teepees or Wee Wee Wigwams... grandboy coming in August, and I'm invited to a shower June 9.  I'm going to make a mess of them. (meaning a bunch) I made one as a trial, and it went together really easy and quick - we love easy and quick!  Above is the 1/2 circle that is the pattern, and one of the cotton outsides along with  2 choices for the interior part which are flannel for softness and absorbency. 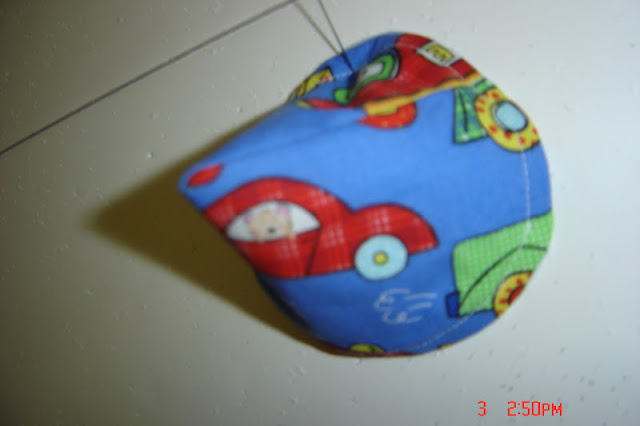 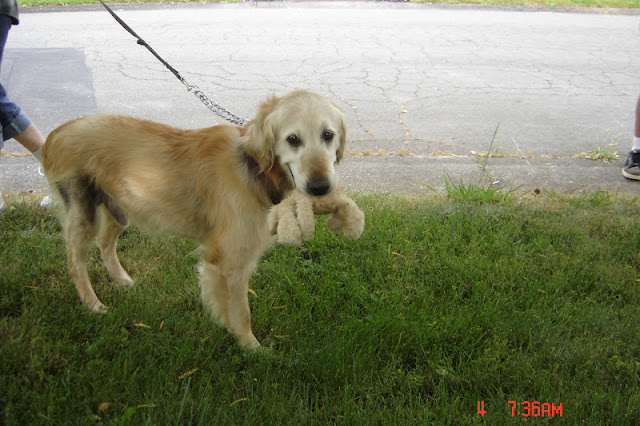 Say Hi to our neighbor, Rudy. Everyday his parents and Trouble, his brother by another mother, walk by our house. Rudy is always carrying a toy.  He's maybe going  by tomorrow with the bright pink one. I'll try for another picture.

This is my plant souvenir from Alaska.... blooming! Thanks for the slip Michelle! 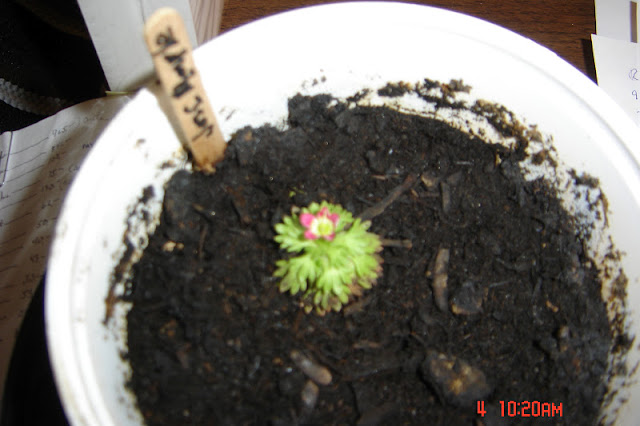 Another view... It's only about an inch tall. (Sorry about the focus.) 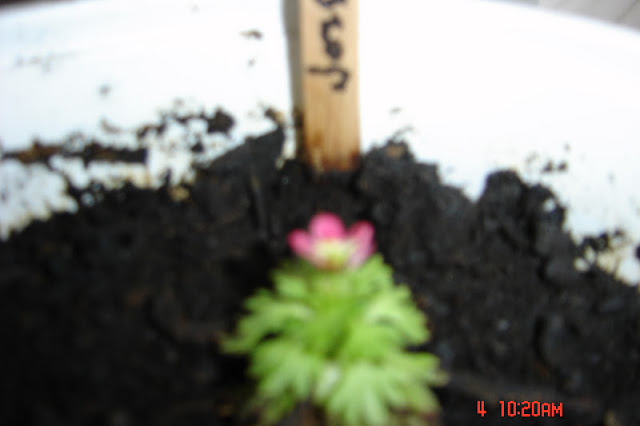 Well, that does it for today. I'm quilting on the pink, yellow and lime... almost done.