Snow in CA and a Martian

Yes, Virginia, it does snow in California.... you just need to go where it is.  We traveled about 30 miles to get to it. We went for lunch to In and Out - a burger restaurant in Placerville and encountered snow falling.... We grew up with snow in Wisconsin, and miss it all these years (32) in CA. 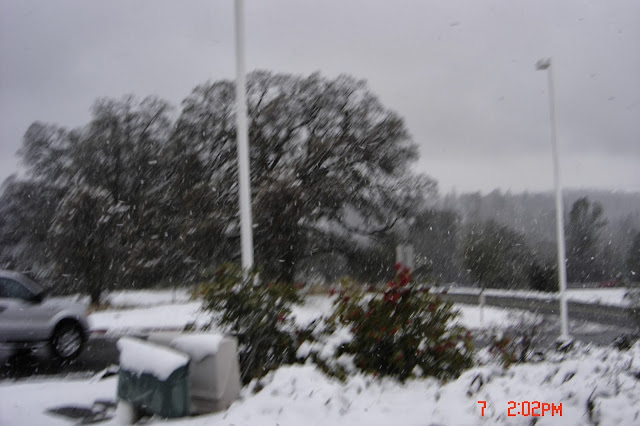 Can you see the two taller hills off in the distance?    Nope - you cannot. While we sat and ate our lunch we watched them disappear behind the snow "storm" coming our way. 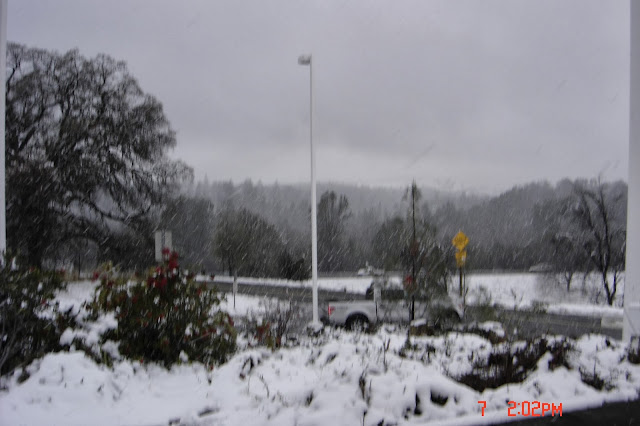 Too bad I'm not a better photographer... It's a Currier and Ives look, the snow on the limbs of that oak on the left.  The bushes on the left "under" the oak are Pyracantha - green leaves and red berries.
You can see some here. 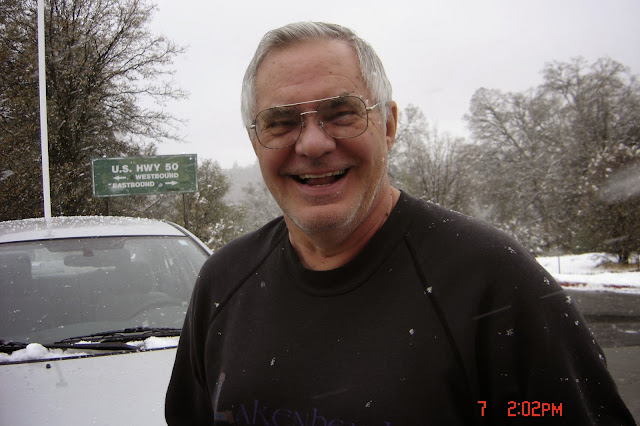 And here is the hubby showing off some newly acquired flakes - not dandruff. (He's always been a little flaky, and this just proves it.) 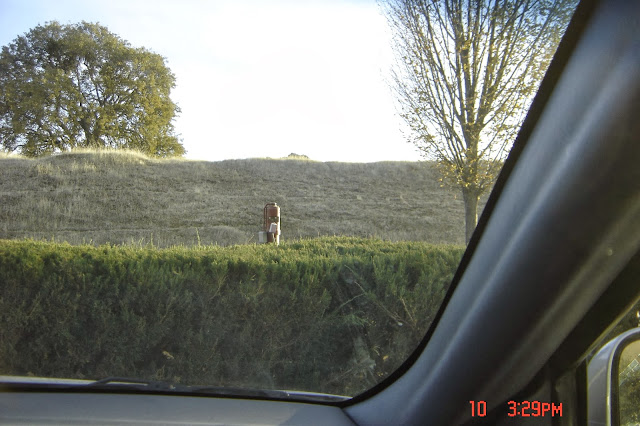 So here's the Martian! He's on surveillance, checking me out from the other side of the hedge. (Actually he is probably a water pump from days gone by. CA has to move the water around to have it for agriculture. The location was grazing before it became the parting lot at Kaiser Permanente - Hubs is inside getting his meds filled.) 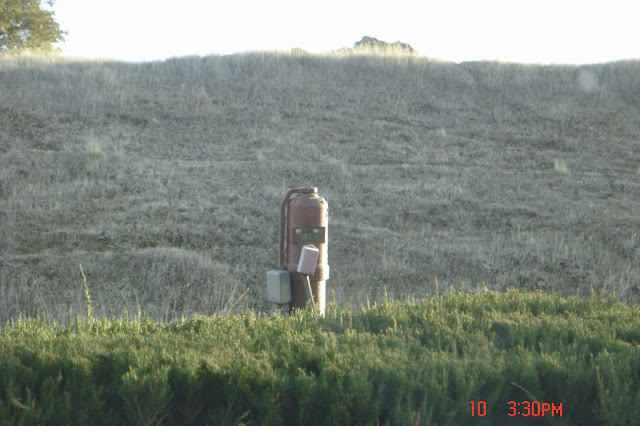 Really - doesn't he look like a robot watching me?
I've seen so many projects on the blogs that I'd like to make, but all my supplies are packed up. Still no offers on our house. Some have complained that we don't have granite counter tops and new appliances in the kitchen! (The pictures on the Internet are not that old. Why did you come to see the house if the kitchen isn't the one you want?)  I've lived here for 14 years with this stuff... you want granite, you buy granite. I think I'll put a sign on the counter that says I'm thinking of putting in purple counters... What color would you want? How would I know that? Why would I put in something that would be the wrong color?
Anyway, that's it for today. Still working on the R,W & Blue hexie quilt... a few sewn each day. I finished the center ones now, and making the opposite blocks now - white in the centers - for around the outside. Nothing spectacular. I'll show off on Friday.
Hugs,
Terri
Posted by Terri at 12:43 PM 6 comments