Remember last week when I miss cut one of the blocks? 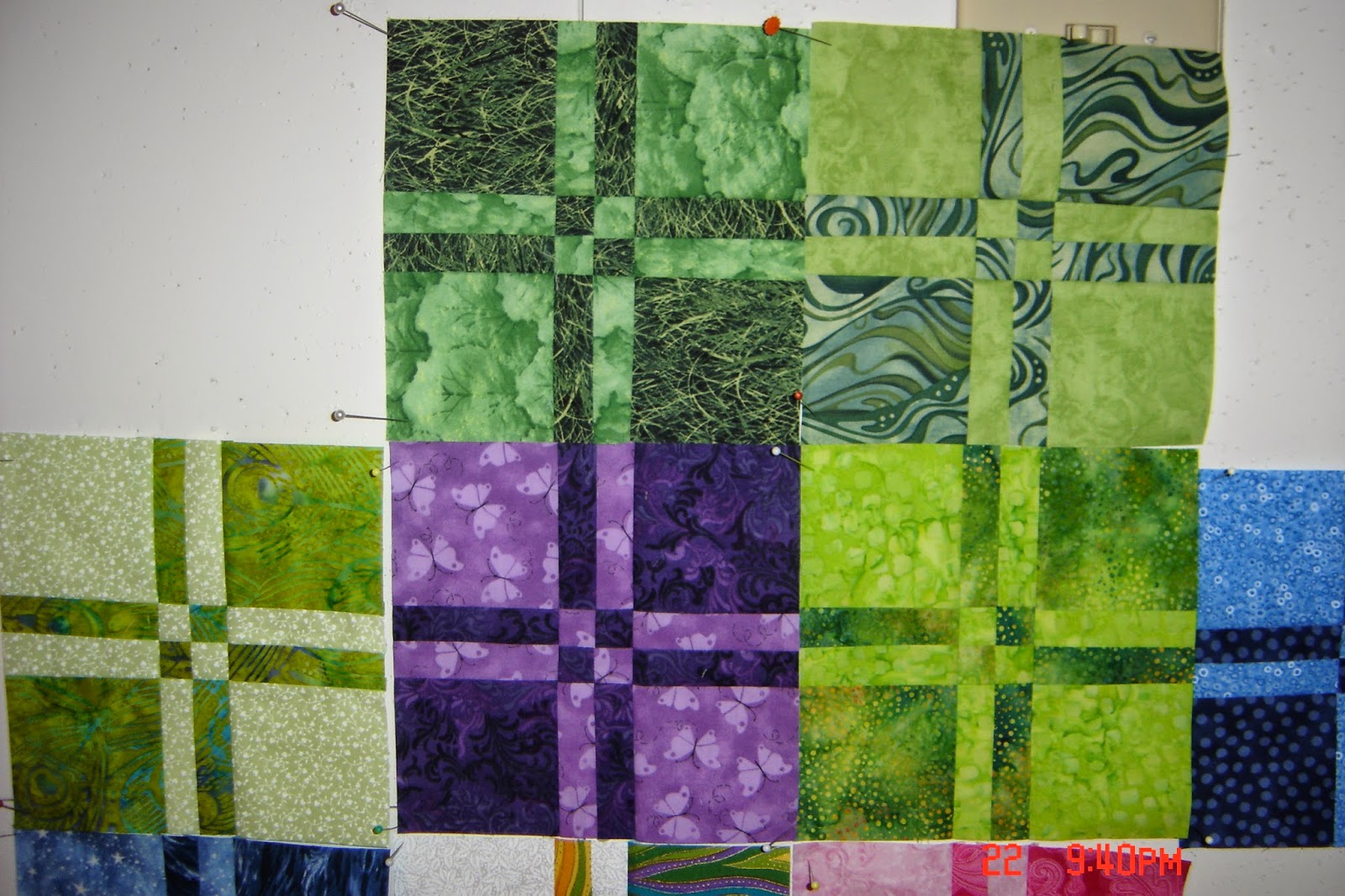 The top right is the remake. Lucky I had more of the two fabrics. The position of these will be changed. There is a whole color category that we missed! Orange and yellow!!! Can't leave them out.
Below is another newer green one... 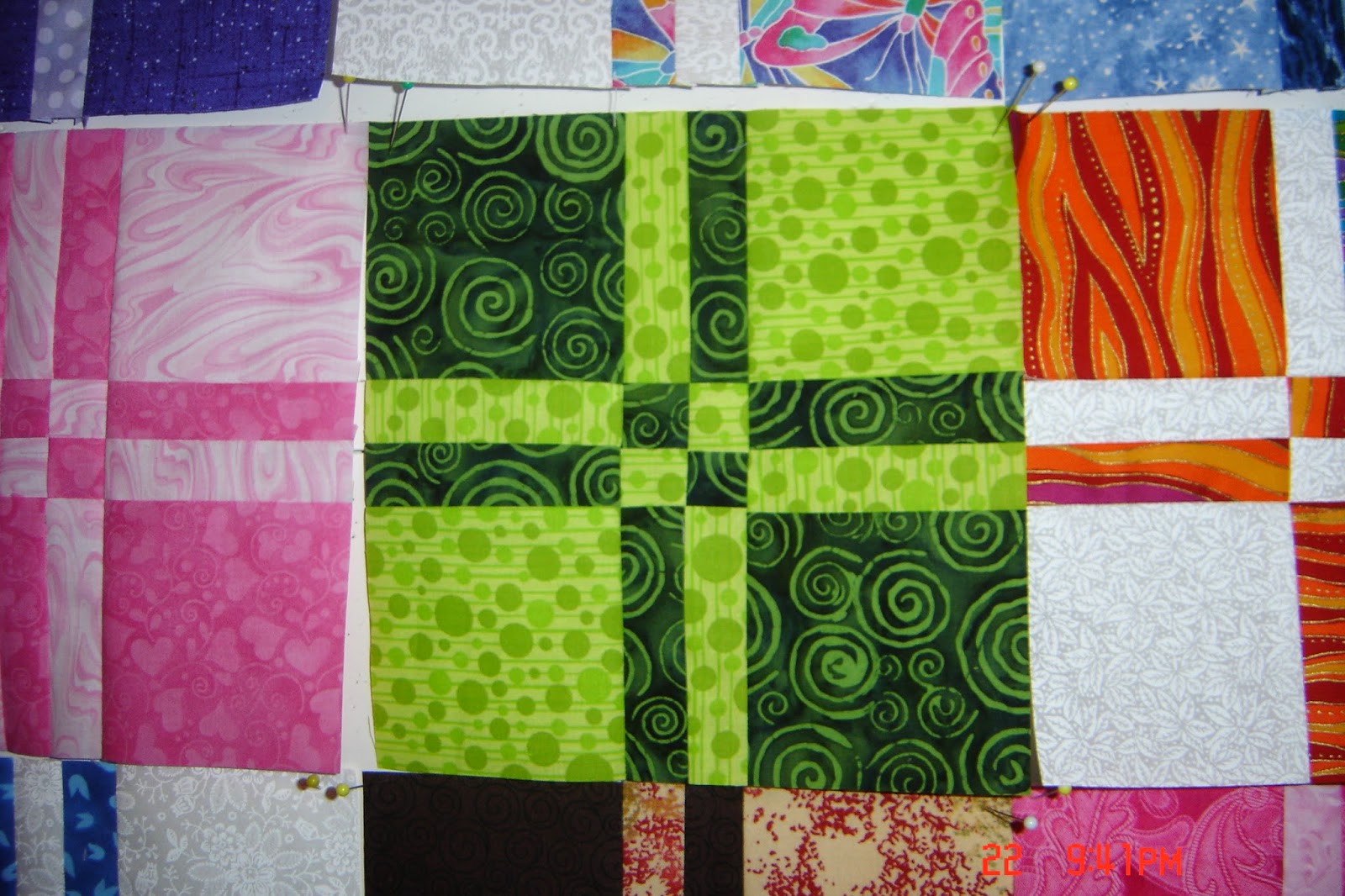 I'm short of time making this quilt. (Changing your mind a bunch of times will do that.) So my hubby says "I'll help you any way that I can...."  (Isn't that romantic! At my age it is!) He wants to cut with the rotary cutter.  Sorry Honey, you are too klutzy. I could see lots of red in the quilt, if he was allowed to cut. I've been having him choose colors that go together... LOL! (He's always good as comic relief.)  At least he is picking fabric out of the boxes. He says he's trying - and that is true, but just not the definition he's thinking. There are maybe three combos that he's put together.
I've asked him to cut some chained pieces apart to save me time. He is so meticulous .... it takes him forever. I've had him place blocks on the wall, but he can't seem to get the "light next to dark" rule. I've made some changes there, too.  The best help he has been, is doing the laundry, cooking and dishes. That does save me lots of time.  Thank you Honey! 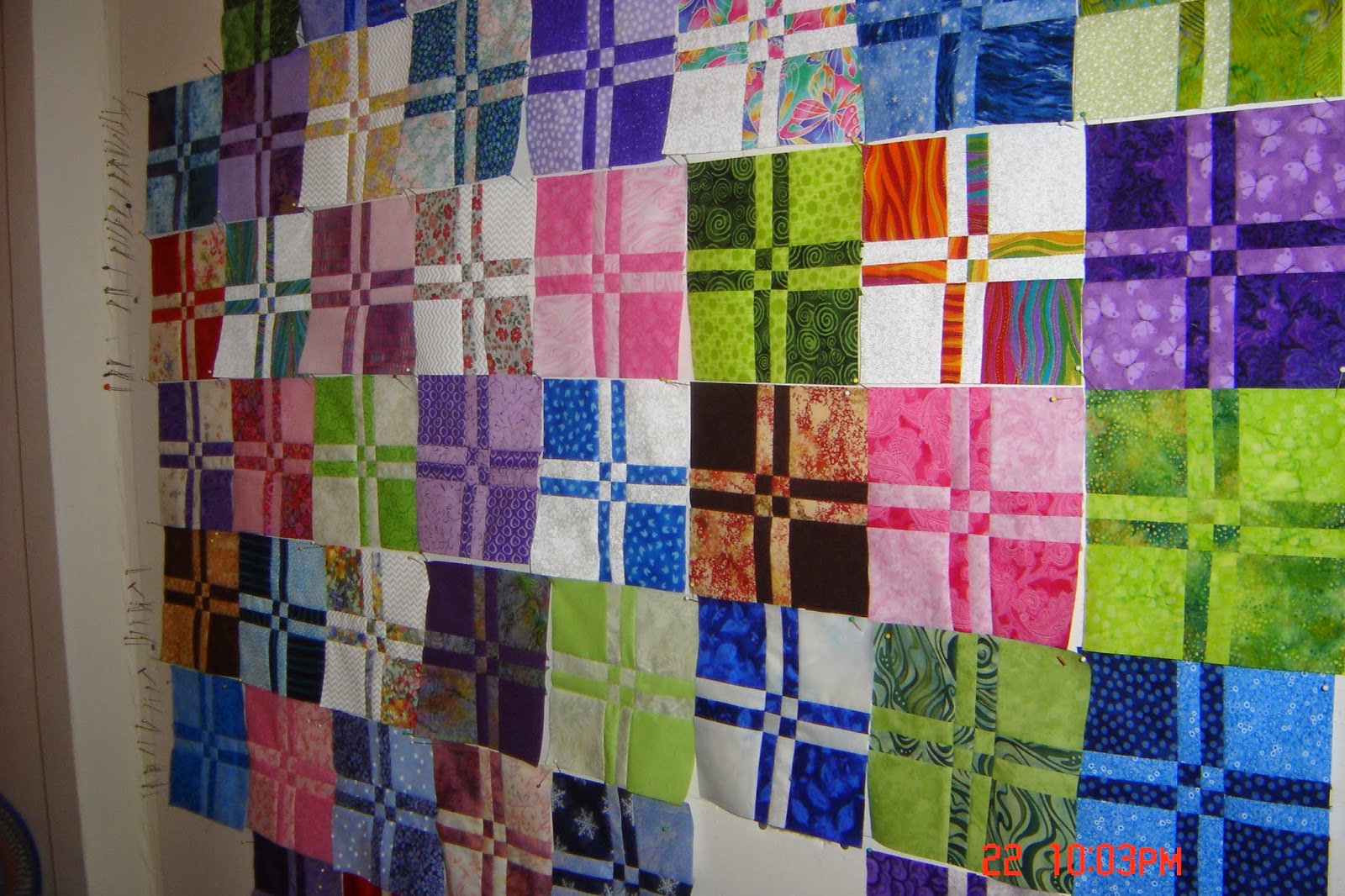 And sew it goes. There are some more blocks off screen, so we are about half way making the blocks.(8" unfinished) Who knows, it might turn out to be an anniversary gift.
Come back next week to see the infusion of orange and yellow.