Pictures from the first birthday party.

See my grandson and parents on another's blog.  They are expecting a little girl sometime in February.

Here are the pictures I took at the party. BEWARE!!! Much Grandma bragging to follow... 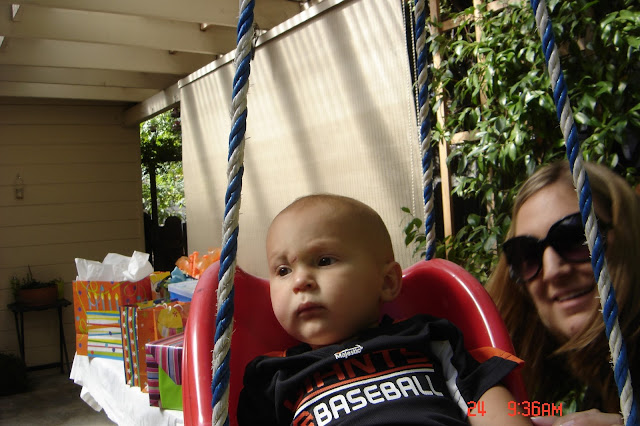 #8 - a lucky number in the Chinese culture.  He got into a tussle with a toy truck right before his first birthday! (Makes him ruggedly handsome, don't you think so?)  Oh, and his Mommy on the right.
Behind him the purple stripe package with the lime green accents (I ran out of paper.) is YOU KNOW WHAT.... Shshshsh. 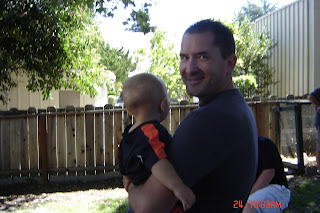 Here he is with his Daddy, my son #1. They live next to a big modern church, which rents them their house. They have 2 chickens in a pen (lower far right) who have all of #8's attention right now. 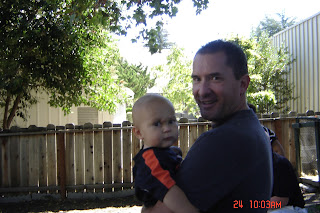 (He just got up from a nap here and isn't quite himself yet.) 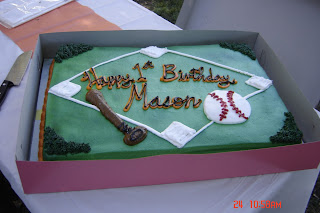 Here's the cake... so I'm showing this and naming him #8 - goofy grandma.
It was a themed party. Even the napkins were Giant's themed.  Auntie Laura was in Oakland attire. 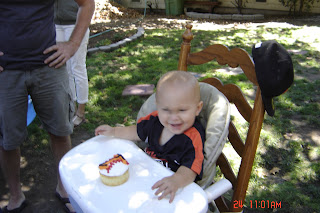 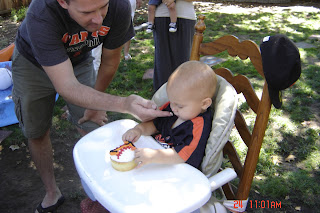 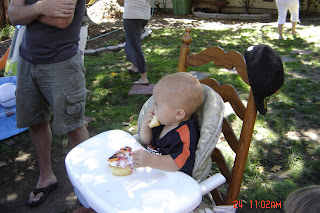 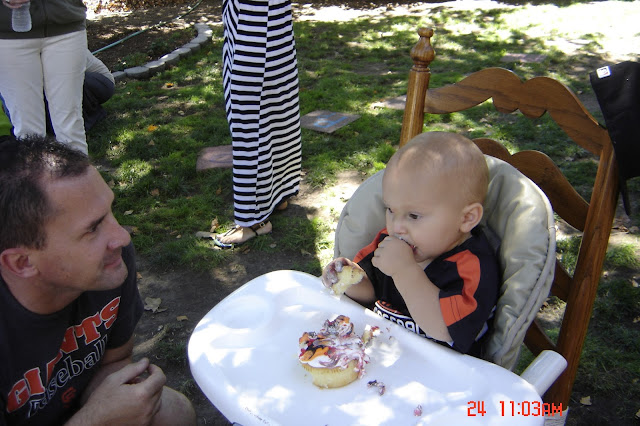 He really seemed to like the frosting as paint, and ate the cake for a few bites - then it got thrown and the family dogs came in for clean up! 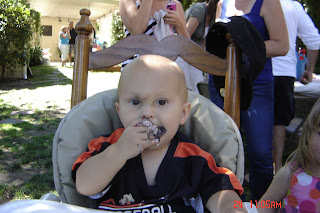 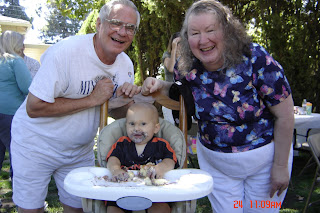 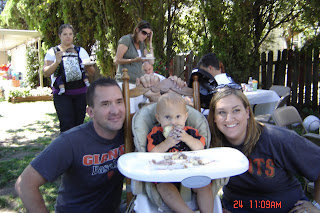 Dad and Mom (expecting their second, a girl!!! I see pink in my future.) 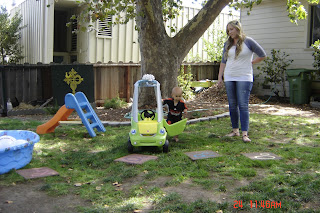 The only gift opened, wasn't wrapped. He had a grand time with it. 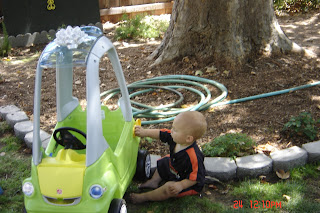 See him opening the gas port? We watched him put water into it several times from his tippee cup! Now Dad and Mom say he's never seen them do that, but he must have watched the customer ahead do it. (Not quite 1 year old - Genius!!!!)

So that's my report on the party.  We didn't get to see his reaction to his quilt.  No gifts were opened. I've had a couple of days to try to get over the heart ache of thinking that his maternal grandma got to play with him and his quilt that I made. (Made me want to only make quilts for charity.) Has anyone else had these feelings? or am I a bitch?

I've had a hard time trying to go back to work on the grey, black and white quilts. It's so dark and cold. I actually did some cleaning instead.  I did sew a little on the pink hexie blankie last night, but that is for charity.

Thanks for leaving a comment. I love the feedback, and getting to know you.